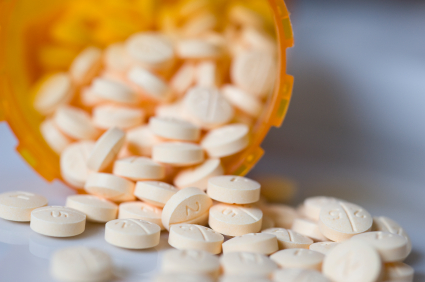 On the typical job site, workers often get in the habit of overlooking safety risks. "I've done it this way for the last 20 years and I've never gotten hurt, so I never will get hurt doing it," they rationalize. Unfortunately, this kind of logic is dead wrong.

That's because each incident on a job site is the result of dozens of root causes and contributing factors coming together into a single moment in time. Not all of them were present the last 100 times they performed this task, but what if today is the day when a critical mix of factors falls into place to cause a fatality or a debilitating injury?

A savvy instructor once shared a clever and devastatingly memorable demonstration of the risks we so often take for granted on the job site. He held up a wide mouth jar with 330 small pills in it. He told the workers they were placebos - sugar pills - and he offered anyone in the audience $5 to take one of them. Several hands shot up as audience members saw a quick chance to make five bucks.

But before the instructor started to pass out the pills he said, "By the way, I should tell you that there is one pill in here that will kill you. It will kill you rather quickly and be painful for only a little while, but there is no antidote. If you happen to get this one pill, it's all over." Every hand in the room came down and stayed down, despite some coaxing by the instructor and an offer to increase the reward to $10.

He went on to explain that this little exercise was based on a statistic published by the National Safety Council. The facts are that for every 330 chances you take at work, 29 of them will result in an "incident." It may be a scraped finger or shin or a bump on the head or maybe even a cut requiring stitches. But 1 out of 330 chances you take will result in a fatal, life threatening or possibly permanently disabling injury.

The audience flat-out refused to take that single chance, regardless of the incentive, when they understood it could kill them. No one had to say to them, "Don't take one of those pills. It could kill you!" They made that decision on their own. Every single person took responsibility for their own actions once they understood the potential consequences.

Remember: Each time you take a chance on the job site, you use up a "pill." No one knows when the "killer pill" is going to show up. Take responsibility every day for your own safety. Watch out for unsafe work conditions and report them to a job foreman or site superintendent.

If somebody gets hurt or killed due to a situation you recognized and didn't act on, saying, "It wasn't my job to tell them" won't wash. It may help ease your conscience, but it won't bring the dead person back or make the paraplegic walk again. And you're going to wake up a lot of nights reliving the tragedy and blaming yourself for not having the guts to speak up or act.

Stay up-to-date on the latest developments from VISTA Training with our convenient e-newsletter. Be the first to learn about:

We value your privacy. We will only use your e-mail address to send you news and updates from VISTA Training Inc. 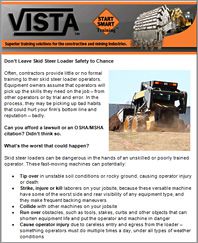 For Email Marketing you can trust
Back to Top